You won’t believe this one trick to understanding “Final Attribution” 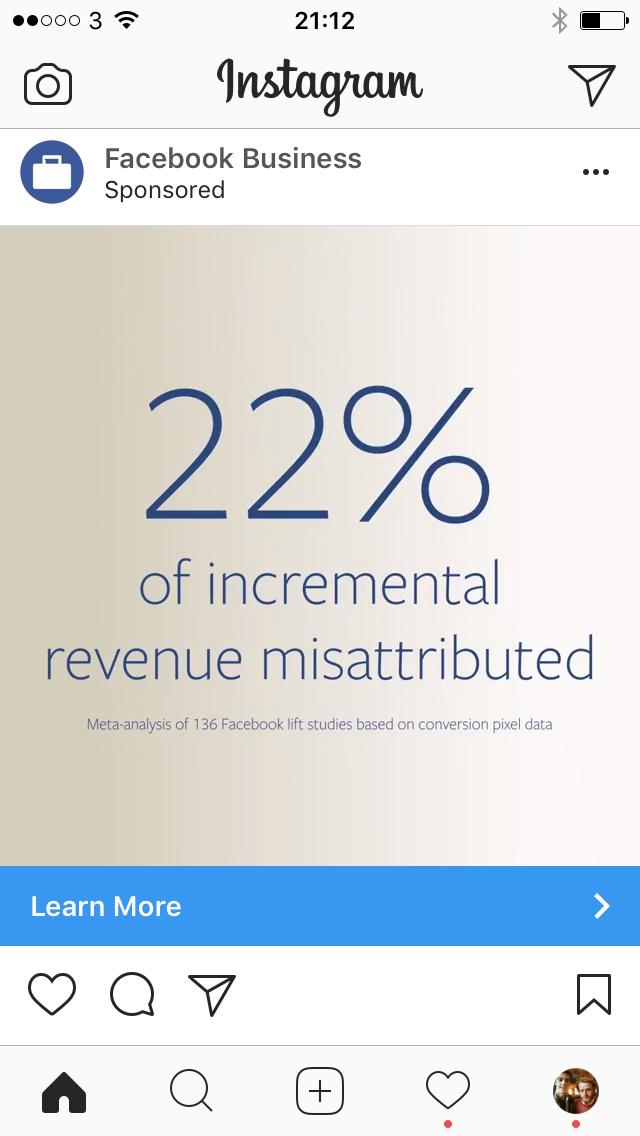 Its latest advert tells me that, on average, 22% of incremental revenue is misattributed due to last click.

In English, this means that the money coming from customers who see an advert, make an unshakeable decision to buy something, then go online to buy it, is being attributed the final part of the chain, rather than the advert at the start which made all the difference.

Obviously we don’t deal with anything as vulgar as profit in Employer Branding, but when you’re looking at campaign dashboards and comparing the effectiveness of PPC and Social Media, Facebook’s latest research applies to applications just as much as sales.

Whenever an application has come from Facebook, Twitter or Instagram (three platforms that are overwhelmingly used on mobile) the candidate has, at the very moment they’ve seen that advert on social, not only stopped cruising their newsfeed and made the momentous decision to apply for a job – but has probably got all the way through the ATS using a mobile phone’s teeny screen.

Many candidates won’t make it that far however, frustrated by a mobile-unfriendly ATS, and instead will put the phone down and start an application with their laptop. They’ll Google the company name, followed by careers. They’ll click on the link at the top and take a few pence from your PPC budget.

On the dashboard the final application will be attributed to desktop PPC. But it’s obvious the advert on social made the biggest impact.

So Facebook et al is right to point out it’s being wronged. But PPC does add another side to the story.

Not only does good PPC use optimised keywords to do its own job of finding new candidates, but it’s also a guarantee that ‘Your Big Rival inc.’ won’t be the top link when candidates search for careers in your industry.

Conclusion – use both, understand the point of each, don’t cut social from campaigns. And the quicker you can make your ATS mobile friendly, the better.