Squidology: The Art and Science of Employer Branding took place this week, and a huge thanks to everyone who attended – because you made it a huge success.

The day began with Tsz’s notorious morning stretching regime, and ended with a do-it-yourself cocktail kit named the Squidtini. 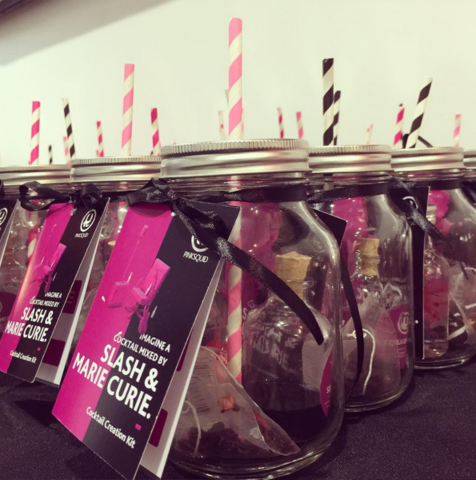 In between came some important insight. Build your EVP from the inside out, be honest, involve management and get them on-board. Make sure your delivery is truthful, know when (and how) to flex it, and get a handle on measuring the impact.

From Robert Käck, we heard how EVP became a vital part of a rapidly growing King. Julie Herdman showed us how Jaguar Land Rover used employer branding to slash their cost-per-hire. And we also heard how to tread an EVP carefully through a sector as heavily regulated as investment banking, from Legal & General’s Lee Nicholls. As a bonus, Ian Gibbs, Head of Commercial Insight at the Guardian, showed us how they focus on impact rather than impressions.

Best of all, if you want to hear from Legal & General, Jaguar Land Rover and King how they put this insight into action, video of the presentations are still available to watch at pinksquid.com/event. 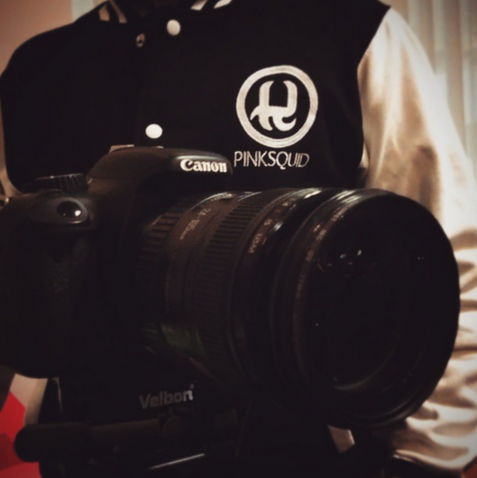 But this wasn’t a sit down quietly and listen kind of event. The Q&A session saw some themes developing – namely how to balance the truth of your EVP to the ambition of your brand, and where to look for ROI. Developing your employer brand on social media was a constant theme too, as well as understanding the relationship between HR and the marketing team’s agenda.

Then it was time for speed dating, Pink Squid style. Attendees interacted with a number of stands including virtual reality and a brand new computer game named Clumsy Squid, which saw a bewinged Manj starring in banana-controlled version of Flappy Birds. Yes, really.

Networking? We’re happy to announce Squidology can help out with that too. We’ve created the world’s first pop-up LinkedIn group, open for one month only, and aimed at helping those forgetful networkers who forgot to pick up a business card after making a connection. Visit it here https://www.linkedin.com/grp/home?gid=8407874 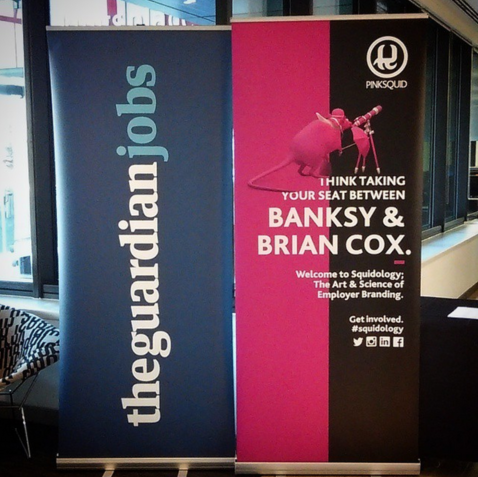 All that’s left to do then, is say a huge thanks to the Guardian for hosting the event in its wonderful King’s Cross offices, to our speakers, and to all those who attended. See you all again soon!