Squids Are Entrepreneurial Too

The fall-out in 2009 – after the worst recession since the 1930s – consisted of a bleak and pessimistic outlook for the future of UK business and economy. The recession claimed the lives of 170,000 businesses between 2008 and 2010 and there was a 4% decrease in small businesses in the 100 biggest markets.

Growth will be anaemic, they said. People are too-strapped for cash, they said. Let’s launch an award-winning, creative agency and release our inner-squids! We said. [Cue awkward silence]

It’s an attitude that we have kept running through the agency ever since. Pink Squid is all about persistence, taking risks, challenging the status quo and most importantly of all; passion. These core values were set from day one, so, in light of Entrepreneur’s day, we celebrate them along with everything else Pink Squid has achieved.

Manj’s Business Mantras (Manjtras? Too much.)

“I just want to do some cool work, in a cool place, with some cool people.”

For our Creative Director, it’s all about mindset, and not letting anyone tell you something isn’t possible. If you’re passionate about something and you want to do it. Do it. Being successful is having the mindset that you will succeed and being as emotionally invested as you are financially.

As well as having the vision and mindset to start a business, the like-minded and supportive people around you – and the relationships you develop with them – play a huge part.

“The currency we trade in is ideas.” Manj believes it’s essential to remember that —above all — we are all people. Culture is central at Pink Squid, it keeps us grounded and reminds us of what we’re here to do. On the subject of Manj’s beliefs, he’s a big advocate of the phrase “to be number one, act like number two – stay hungry” — something that resonates in the way we work.

The “Duvet Flip,” actual quote, is what gets you out of bed every morning. Manj says he looks forward to going to work every day. He likes to be involved and has an all-hands-on-deck approach. He’s not interested in being the kind of Director that is always away on golfing trips; he likes to be on the battlefront, living and breathing his work and making sure everything is the best it can be.

‘Question time’ is where Manj likes to touch-base with fellow Squids and answer any questions we have. He thinks it’s vital to have an open, honest culture; knowing the ‘what’ and ‘why’ of the bigger business picture ultimately leads to better, more creative work.

You read that right. Restaurant-style. Manj, and Tsz grew up in the restaurant industry and Manj says it’s a lesson for any business. What makes a restaurant great is good service, fresh produce and the most powerful advertising of all: word of mouth. This is a principle Pink Squid run on; we believe in the power of recommendation above all else. 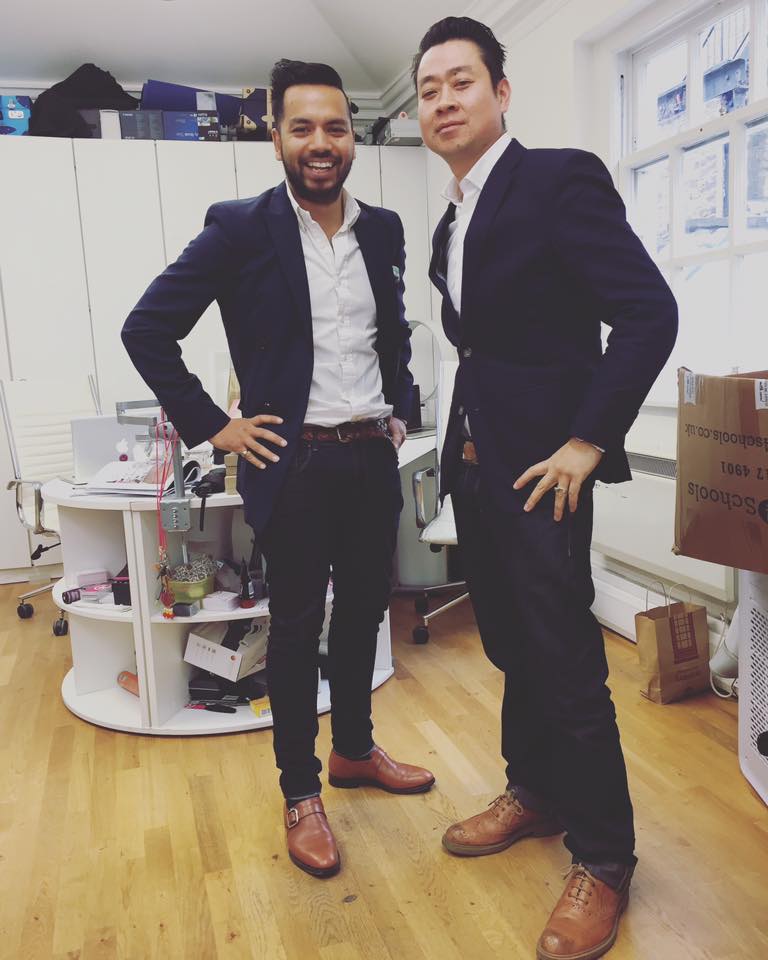