A global diabetes-focused player in the pharmaceutical industry, Novo Nordisk has been changing people’s lives for over 90 years. However with a slow moving culture and a lack of digital innovation, progress wasn’t being made fast enough.

Internally, we needed to give them an identity which even non-tech people could get behind. Externally, we had to introduce Novo Nordisk to a digital audience who had never heard of them. These were individuals skeptical of large companies like Novo, usually poached by tech startups. 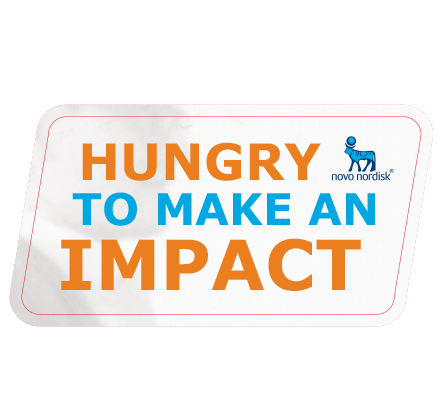 How we did it

We gave them their own identity after a series of interviews and group sessions with the team in Denmark. They were driven, focused, always adding value but happy to disrupt. With them we agreed on a name, the ‘Outliers’, and defined their code. This was our campaign – no need for headlines or fluff, just them, their mission and their rules.

The identity-focused campaign built up a huge sense of advocacy among the team at Digital Accelerator. A bank of shareable content was produced for them to post on their personal channels, which meant that their activation was boosted by much more than just media spend.

The approach proved to be hugely effective. The Digital Accelerators fully adopted the Outlier identity and took it further and made it theirs.

Feedback from non-tech teams was enormously positive too, with an estimated £98,000 worth of free media coming from Novo Nordisk’s own people enthusiastically sharing the campaign.

This proved to be a serious step-change for Novo Nordisk. The work done with ‘Outliers’ paved the way for their new employer brand to push the boundaries creatively. And following the growth of their ‘digital lighthouses’, they’re now in a perfect position to lead the industry and speed up the processes behind life-changing work.