Be the force behind British Manufacturing

From war zones to diplomatic missions, JLR vehicles are a crucial presence in British military operations. Now, amidst an industry-wide skills shortage, JLR are looking to recruit the people they have historically supported – the ex-armed forces. 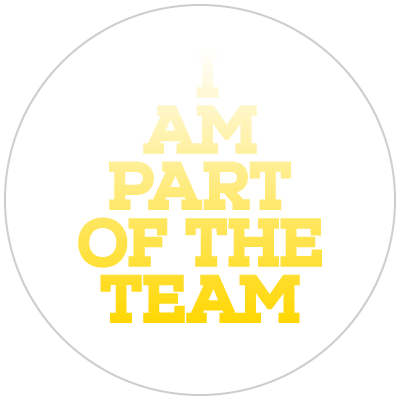 The collective strength of the British armed forces lies in their shared values. But these values – teamwork, trust, commitment, discipline, integrity, loyalty, courage, professionalism, operational effectiveness and excellence – aren’t unique. They’re shared by JLR. This bond, of working as a team to overcome challenges and achieve goals, became the focus of our campaign. 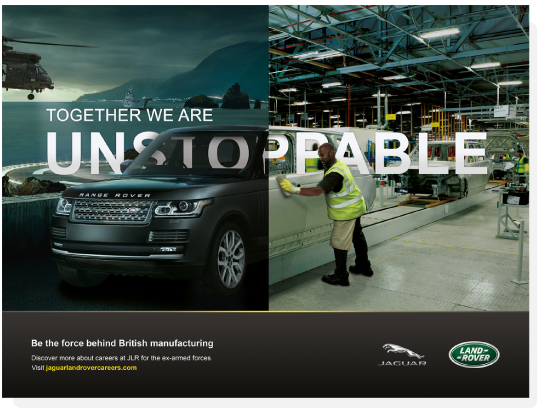 During the course of the Invictus Games, we needed to increase awareness of careers at JLR to our audience. Leading up to the games, we started by introducing our message through digital advertising and social media.

The campaign was seen on everything from hoarding boards and canvases to idents, leaflets, t-shirts and giveaways. #TogetherWeAre trended on Twitter. Print ads were placed in armed forces magazines and a video was created for the website. 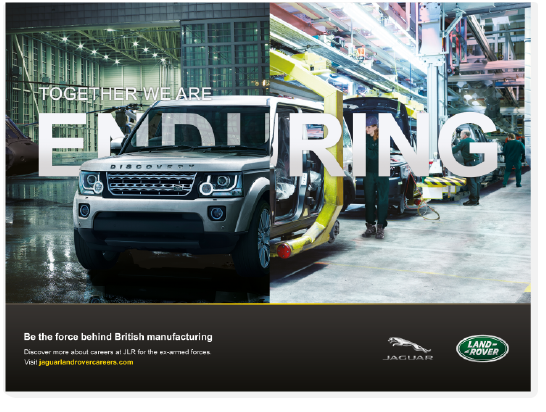 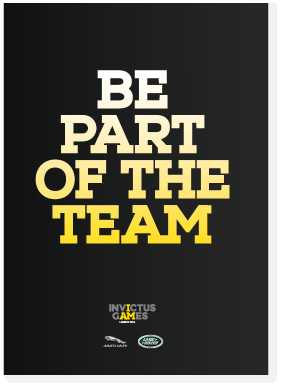 From the front line to the production line

Over the 16 days of the Invictus Games, digital advertising generated 1.3 million impressions, more than doubling traffic to the careers site and generating nearly 4,000 applications. By the end of October 2014, 9,578 applications had been made, resulting in 222 offers. By January 2015, legacy advertising had seen applications rise to 11,359. JLR was truly a place where a person’s military mindset, as well as their skills, would see them thrive.