Jaguar Land Rover have long been a business committed to attracting and developing future talent, with over 600 apprentices currently working there. For their 2015 intake, JLR needed to maintain the quality of candidates, have them interact more with the brand, and increase the proportion of female applicants. 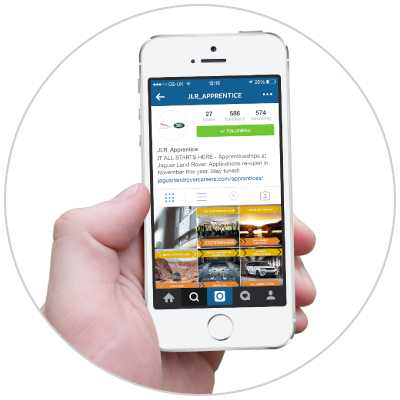 What we did
Our audience being digital natives, social media, digital and online featured heavily in our strategy. We targeted the school leavers across several channels and mediums, engaging at multiple touch points. With the female audience being a major focus, we utilised Instagram – the fastest growing social media platform and hugely popular with the 16-22 female market – as the main platform for our apprentice competition. 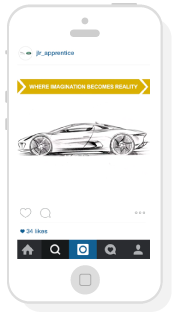 Ten weeks, ten tasks on the platform – challenging followers to complete apprenticeship-relevant tasks, e.g. ‘Show us an illustration of what your dream JLR vehicle looks like’. 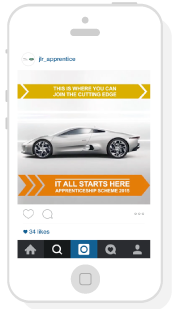 Using #Startsherenow, they sent us pictures and asked us numerous questions regarding the programmes – making the channel interactive, easy-to-approach platform. 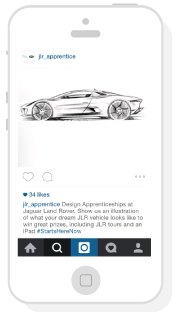 25 of the best and most active respondents received a ticket to ALIVE tour at the Castle Bromwich plant, while an overall winner also received an iPad to document the day. 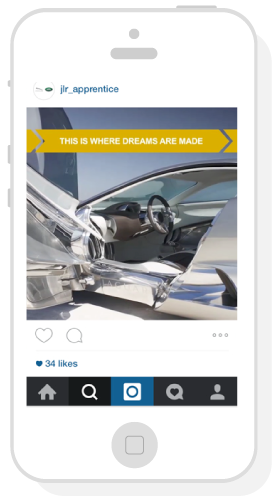 Setting benchmarks higher for next year

Since the launch of the new Instagram platform, the number of followers has gone up from 430 (since applications closed) to 712. This year’s apprentice campaign will utilise Instagram again, with a refreshed competition, further growing the community and its interaction between the brand and the candidates. The overall campaign resulted in 8,121 applications in two months – a record-breaking increase of 30.80% from last year.